On My Own Two Feet – Amy Purdy

Amy Purdy, who inspired a nation on Dancing with the Stars and has been called a hero by Oprah Winfrey, reveals the intimate details of her triumphant comeback from the brink of death to making history as a Paralympic snowboarder in her new book from HarperCollins Publishers available December 30th, 2014.

Two years ago I walked on set in Los Angeles with People Magazine to shoot the inspirational Amy Purdy. The two of us had an instant connection that you sometimes feel as a stylist with a new client. At this point, she was challenging herself everyday on Dancing with the Stars and gearing up to go on tour with Oprah. A month or so later, in an email out of the blue, she asked if I would help her out with a few red carpet events and her Toyota tour. And so it goes, two years later of styling this beautiful woman, a true friendship has developed. This weekend she will be walking down the biggest red carpet of her life to get married, and I could not be more excited to be there cheering her on.

Here are some of my favorite styling moments with Amy…..and just wait as there will be many more!

I’m Suzi, I’m a stylist. I create style every day. I wanted to share my styling tips, latest trends in a fun and easy way to help you create your own unique style.

The Breakfast Club is back!

The New Year is Here! 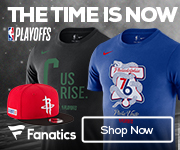